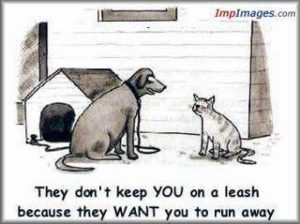 A man who carries a cat by the tail is getting experience that will always be helpful. He isn’t likely to grow dim or doubtful. Chances are, he isn’t likely to carry the cat that way again, either. But if he wants to, I say let him! •Mark Twain

Curiosity killed the cat, but for awhile I was a suspect. •Stephen Wright

As every cat owner knows, nobody owns a cat. •Ellen Perry Berkeley

If cats could talk, they wouldn’t. •Nan Porter

Cats seem to go on the principle that it never does any harm to ask for what they want. •Joseph Wood Krutch

Purring would seem to be, in her case, an automatic safety-valve device for dealing with happiness overflow. •Monica Edwards

The phrase ‘domestic cat’ is an oxymoron. •George Will

There are two means of refuge from the misery of life — music and cats. •Albert Schweitzer

The cat has too much spirit to have no heart. •Ernest Menaul

Cats know how to obtain food without labor, shelter without confinement, and love without penalties. •W.L. George

When all candles be out, all cats be gray. •John Heywood

If you are worthy of its affection, a cat will be your friend but never your slave. •Theophile Gautier

Cats are absolute individuals, with their own ideas about everything, including the people they own. •John Dingman

Cats are the ultimate narcissists. You can tell this because of all the time they spend on personal grooming. Dogs aren’t like this.   A dog’s idea of personal grooming is to roll in a dead fish. •James Gorman

It is difficult to obtain the friendship of a cat. It is a philosophical animal… one that does not place its affections thoughtlessly. •Theophile Gautier

Cats sleep Anywhere, Any table, Any chair, Top of piano, Window-ledge, In the middle, On the edge. •Eleanor Farjeon

Of all God’s creatures there is only one that cannot be made the slave of the lash. That one is the cat. If man could be crossed with a cat it would improve man, but it would deteriorate the cat. •Mark Twain

A cat’s got her own opinion of human beings. She don’t say much, but you can tell enough to make you anxious not to hear the whole of it. •Jerome K. Jerome

Do our cats name us? My former husband swore that Humphrey and Dolly and Bean Blossom called me The Big Hamburger. •Eleanora Walker

What sort of philosophers are we, who know absolutely nothing about the origin and destiny of cats? •Henry David Thoreau

The trouble with cats is that they’ve got no tact. •P.G. Wodehouse

Who can believe that there is no soul behind those luminous eyes! •Theophile Gautier

A man has to work so hard so that something of his personality stays alive. A tomcat has it so easy, he has only to spray and his presence is there for years on rainy days. •Albert Einstein

It is with the approach of winter that cats…wear their richest fur and assume an air of sumptuous and delightful opulence. •Pierre Loti

Are cats lazy? Well, more power to them if they are. Which one of us has not entertained the dream of doing just as he likes, when and how he likes, and as much as he likes? •Fernand Mery

If a dog jumps in your lap, it is because he is fond of you; but if a cat does the same thing, it is because your lap is warmer •Alfred North Whitehead

In ancient times cats were worshipped as gods, they have never forgotten this. •Unknown

If toast always lands butter-side down, and cats always land on their feet, what happens if you strap toast on the back of a cat and drop it? •Steven Wright