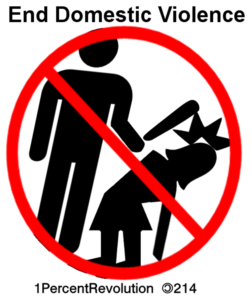 Chasing Solutions to Murder by Shootings

Domestic deadly violence occurs as a result of many situations and is effected by several means – guns, knives, ball bats, vehicle, hanging, strangulation, drowning, arson, poison, etc. The terminal common effect is death. Cause (various), effect (death). Another commonality is a method of inflicting or administration of the death-causing violent action. Each method of deadly action is different, in contrast with the common effect:

Guns – wielded by a person.

Knives – wielded by a person.

Ball bats – wielded by a person.

Vehicle – driven by a person.

Hanging – carried out by a person.

Strangulation – carried out by a person.

Drowning – carried out by a person.

Arson – carried out by a person.

Poison – carried out by a person.

How often is the cause of death attributed to the death-causing weapon or method? To my knowledge, only the “gun” bears that burden. In all other cases the person involved is blamed. Additionally, the society that produced the shooter gets a free pass.  After all, society has only made excuses for tolerating the bad behaviors of many and eliminating the Judeo/Christian influences that guided the actions of the major part of the population since the inception of the country.  The mantra now is “do whatever makes you feel good, right, and justified in that feeling.” The rights of others take a backseat to yours.

Domestic deadly violence is becoming too often expressed in school shootings which seem to continue unabated. Solutions to stop the domestic deadly violence being experienced in school shootings remain elusive. Perhaps if some underlying hypocrisy in the situation is recognized and acted on, the incidence of school shootings could be reduced or eliminated. The immediate solution that continues to be offered, especially by the Democrats, is more gun control. They have yet to offer a single incidence where the gun was at fault, but the gun routinely and aggressively gets the blame. They refuse to blame the person wielding the gun. When a car injuries a person or is involved in a mishap, the person or persons driving the car(s) gets the blame. Why not the same consideration for the gun? Gun control is not the problem! In my opinion, a major part of the problem is the hypocrisy of Government, parents, school personnel, and students.

Parents and school personnel, with the aid of Government, in recent generations, have removed the constraints of previous generations before school shootings became a problem. The Judeo-Christian influences have been removed from the schools and society at-large. Right and wrong has become the subjective decision-making interpretation. The constraints of these influences have been removed, persecuted, and denigrated, with substitution of values reflecting “do whatever you think is right.” Students seem to have little or no respect for school personnel, parents, or one another. In listening to interviews of students from the recent Lakeland shooting, I don’t believe I heard one student say “yes sir or no sir” or “yes mam or no mam.” Students are demanding that the adults do something about guns and parents are lambasting the politicians. The politicians are blaming one another. These students are making demands upon adults when they have done nothing to entitle them to make those demands. They lack the knowledge needed to support the validity of the demands made, much of that knowledge comes from living life. They are promoting the removal of rights that many people have fought and died for, and that are guaranteed by the United States of America Constitution.

Some relevant statistics from the National Highway Traffic Safety Administration are shown below.

Every day, almost 29 people in the United States die in alcohol-impaired vehicle crashes—that’s one person every 50 minutes in 2016. Drunk-driving fatalities have fallen by a third in the last three decades; however, drunk-driving crashes claim more than 10,000 lives per year. In 2010, the most recent year for which cost data is available, these deaths and damages contributed to a cost of $44B per year.

Domestic deadly violence experienced in school shootings is a result of the evolved lack of discipline by parents, teachers, administrators, and the students themselves. The concepts of right and wrong have been perverted and have resulted in perverted responses and institutions.

Domestic deadly violence in school may be eclipsed by the illegal drugs activities in the school if news reports and other sources are valid. In discussions with current and retired teachers I, and friends, have been told of the mayhem in the public school systems. Students, and in not unheard cases, school personnel, entering schools intoxicated or under the influence of other drugs, many of them Illegal. Then there are reports of illegal sexual and abuse activity. These are activities in which students and personnel are parties to, and in some cases they are primary), which can and do lead to violent behavior. Being under the influence of drugs, legal or illegal, leads to behavior that sometimes turns violent. Any of these activities can lead to bullying or other threatening situations and result in violence. Student bodies and school personnel are complicit in the school environment in which they live.

We are all subject to domestic deadly violence each time we venture out, or even in our homes. In the shopping malls, entertainment venues, sporting events, anywhere crowds exist. Or, as was recently demonstrated in New York, taking a stroll in the park. I don’t believe it is possible to completely eliminate the risk if you have contact with anyone, even the neighbor’s dog or cat. The same goes for schools and other crowd-hosting venues. However, in schools I believe the risk can be greatly reduced if the parents, students, school personnel, and politicians are ready to grapple with it and bear the expense – it will be costly and not complaint free from students and parents.

First of all, I believe that every point of entry or exit must be controlled. Each entrance, when active, must be controlled by an armed guard, metal detectors, and shielded observation station. Those entrance and exit points when inactive can be monitored electronically. The monitoring must be with cameras and electronically operated doors with malfunction and locking status indicators. Volunteer school personnel can be trained and armed, and legislation must provide adequate liability protection. In an active shooting situation, unintended consequences can easily ensue. This places each armed person in serious jeopardy.