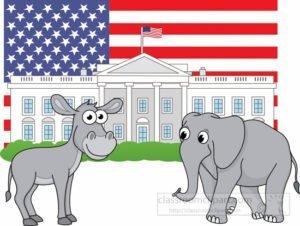 Do polls affect, to a great extent, your decisions?

Polls!  polls and more polls – what are they and what do they mean? We are bombarded with references to them daily, primarily, it seems, by politicians and their promoters. They are conducted and cited to influence our decisions, opinions, and actions. I often wonder how many times people act on them without knowing what they really mean and how they were conducted. The polls, or surveys, employ a technique in the field of quantitative analysis which, when applied properly, adheres to a rigorous application of properly structured procedures of data collection, analysis, interpretation, presentation, and use. These principles and procedures are often abused in order to promote a particular view or product in untruthful ways not really supported by the data when properly processed.

The role of quantitative analysis in business, economics, engineering, politics, product development and marketing, and other aspects of our lives has expanded explosively in recent years with advances in statistical theory, electronic computers, and the growing appreciation of the scientific method in general, as opposed to intuitive methods of reasoning. New analytic techniques have sprung from probability theory, operations research, and decision theory, while computers have provided an effective catalyst to their widespread adoption.

Original data may be collected from a complete population or from a sample selected from that population. The term “population” (universe) refers either to a human population (consumers, voters, event attendance, etc.), or to objects, such as manufactured products being tested for defective items.

The great majority of surveys, or polls, depend upon obtaining a sample which will be typical of the whole population. There are three basic reasons for the use of sampling:

Sampling usually saves a great deal of time and money.

In many cases, a complete data collection on the whole population is impossible.

Sampling may actually yield more accurate results than a complete survey or collection of data from the whole population due to better training of a smaller group of surveyors.

It is easily seen that the true meaning of “facts” is easily distorted. The statistical investigator must, therefore, be on guard to avoid misrepresenting the facts and to detect misuse of statistics by others. In listening to politicians and their close supporters, it seems, very often, that the data collection and interpretation are suspect.  The outcomes are affected by many things, including population sampled, sample size, confidence level assigned, location, etc. A critical attitude is essential.

Many things, or opinions, have been stated about statistics. Among them are the following:

“Facts are stubborn things, but statistics are pliable.”

“All statistics have outliers.”

“Statistics in the hands of activists have power.”

“Do not put your faith in what statistics say until you have carefully considered what they do not say.”

“Statistics can be made to prove anything – even the truth.”